Home » Blog » ‘I Have a Savior That Forgave Me’: Amputee Alleviates Drunk Driver of $2.5 Million Debt following Car Accident

‘I Have a Savior That Forgave Me’: Amputee Alleviates Drunk Driver of $2.5 Million Debt following Car Accident

Despite growing up in a Christian household, Darrin Ray believed that he was unloved by God because of all of the hardships he had to endure.

In an interview with The Christian Post, Ray recalled how God would providentially work through it all in a powerful testimony of forgiveness. Rays story was also featured on I Am Second, a non-profit organization that features the stories of Christians with life-changing testimonies.

Later in life, however, Ray seemed to have caught a break. He was married, had started a family, and was earning a stable income. Simultaneously, Ray was studying Christian counseling in seminary as he believed God was calling him into the ministry.

Ray was in the car with his daughter on their way to church when they were struck by a drunk driver.

I had gotten up that morning to go to church, Ray recalled. My daughter was in the backseat, and I got about a mile from my home in a 20-mile-an-hour school zone when a man who was intoxicated and high on prescription pills came the other way going 60 miles an hour. And he crossed the double yellow line and hit me head-on. The combined crash was like driving my car into a brick wall 90 miles an hour.

Rays legs were crushed under the front of his car fell on top of him. He had a shattered right ankle, a broken left femur and burns on his body from battery acid after the cars battery exploded.

I was bleeding to death, he recalled. Paramedics had to use the Jaws of Life to peel the car from around me. It was a terrifying experience. Thankfully, my daughter had nothing but a scratch.

Ray learned while in the hospital that there was no guarantee that his right leg or ankle would ever fully heal, and he was asked to consider amputation as an option.

Distraught by the news, Ray spoke with Jerry Robert, the hospitals chaplain.

Darrin, I know God’s placed a calling on your life. Do you think that calling is to be a professional patient for the rest of your life? Ray recalled Robert saying to him.

Ray returned to seminary following the amputation but was battling resentment in his heart towards the drunk driver from the accident.

God would put forgiveness on Rays heart, however, following their court appearance.

When the man walked in the courtroom, he was just 49 years old yet looked 70 due to years of harsh living. God used that to soften my heart and dispel what I originally thought he would look like.

Ray also recalled the Sermon on the Mount, Forgive us our debts, as we forgive our debtors For if you forgive other people when they sin against you, your heavenly Father will also forgive you.

While Ray didnt want to immediately forgive the man, he acknowledged that it was what God wanted me to do.

I trusted Him to help me forgive. I prayed, Lord, I dont want to forgive. Help me to do what you want.

During a court hearing, Ray told the judge that he wanted to forgive the driver of the $2.5 million debt that was directly owed to his family.

The judge looked at me and said, Why do you want to forgive this man that debt? he said. And I looked at that judge, and I told him, Because I have a Savior that forgave me. He paid my debts that I could never repay.

When I forgave that man, I was instantly freed from bitterness and anger, Ray continued. When you truly think about how much Christ has forgiven you, it helps you to forgive others who have wronged you. Now, Im able to walk in freedom and wholeness.

Today, Ray, who earned his seminary degree a few years after the accident, serves as a pastor to the disabled and the elderly.

Growing up, all I saw were broken pieces, Ray said in the I Am Second video. But God took those broken pieces, and He put them back into something completely different, to make me whole again. 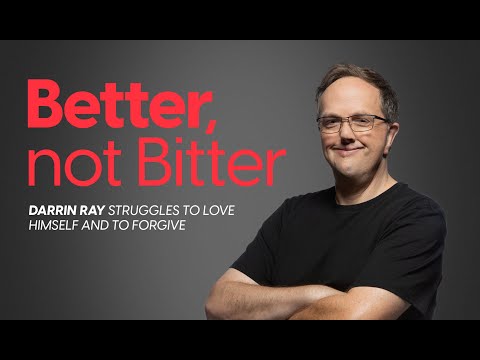 Photo courtesy: I Am Second

Video courtesy: I Am Second