Home » Blog » ‘I Repent!’: Todd White Confesses to Not Preaching the ‘Whole Gospel’

‘I Repent!’: Todd White Confesses to Not Preaching the ‘Whole Gospel’

Drug addict turned evangelist Todd White openly confessed that he has been undergoing a spiritual transformation and has shifted how he teaches the Bible.

White, who is the founder and president of Lifestyle Christianity, preached a sermon on Sunday noting that God had been strongly dealing with him in the past six months.

White started out by offering an analogy by modern evangelist Ray Comfort who insisted that there is a fine line between a man-centered gospel and the Good News of Jesus Christ.

Noting that the Bible says we are dead in our sin, White then shared that he feels like I just met Jesus again! Theres just this rekindled thing inside of me.

This has been the hardest season of my life, he shared. Im like, Lord, what are you doing? He said, Im pruning every branch that you have. Im like, Its not OK. It hurts. And He said, If you were dead, it wouldnt hurt. There are parts of you that need to die. Im going to kill them.

White shared that this convicted him and showed him that he had not been preaching the whole Gospel.

I repent! White exclaimed. You have no idea. I will not be responsible. I believe that when I preach that the blood of people is on my hands.

White also rebuked the modern church for preaching a feel-good message instead of addressing sin and stressing repentance.

See, what youre saying is, Ive come to get this. What youve done is a taste test to see if its true. Its the same thing as getting a buzz: Well, Ill try this Jesus thing. Maybe theres a buzz in it. Thats not Jesus, White continued.

White also stressed that the sign of true repentance is that you hate sin and that the goal of every Christian is to conform to Christ.

According to Faithwire, White has been criticized in the past as a heretic for preaching the prosperity gospel as highlighted in the Christian docuseries, American Gospel.

A portion of the film discussed how White was a successor to prominent televangelists such as Benny Hinn and Kenneth Copeland, whom White said was his spiritual father.

White had slammed the docuseries back in May as demonically inspired after someone sent him a DVD to compare his teachings with the Bible.

On Monday, the makers of American Gospel stated on Facebook that they were encouraged by Whites alleged repentance and publicly invited the evangelist for an interview in the third film of the docuseries, which will be released in 2021. 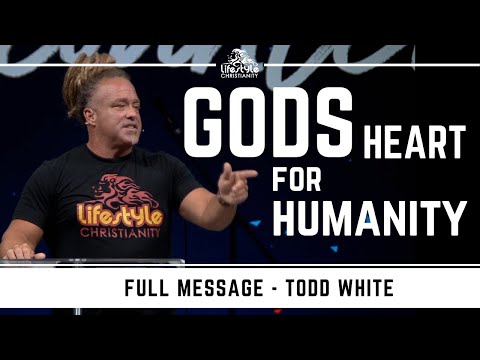